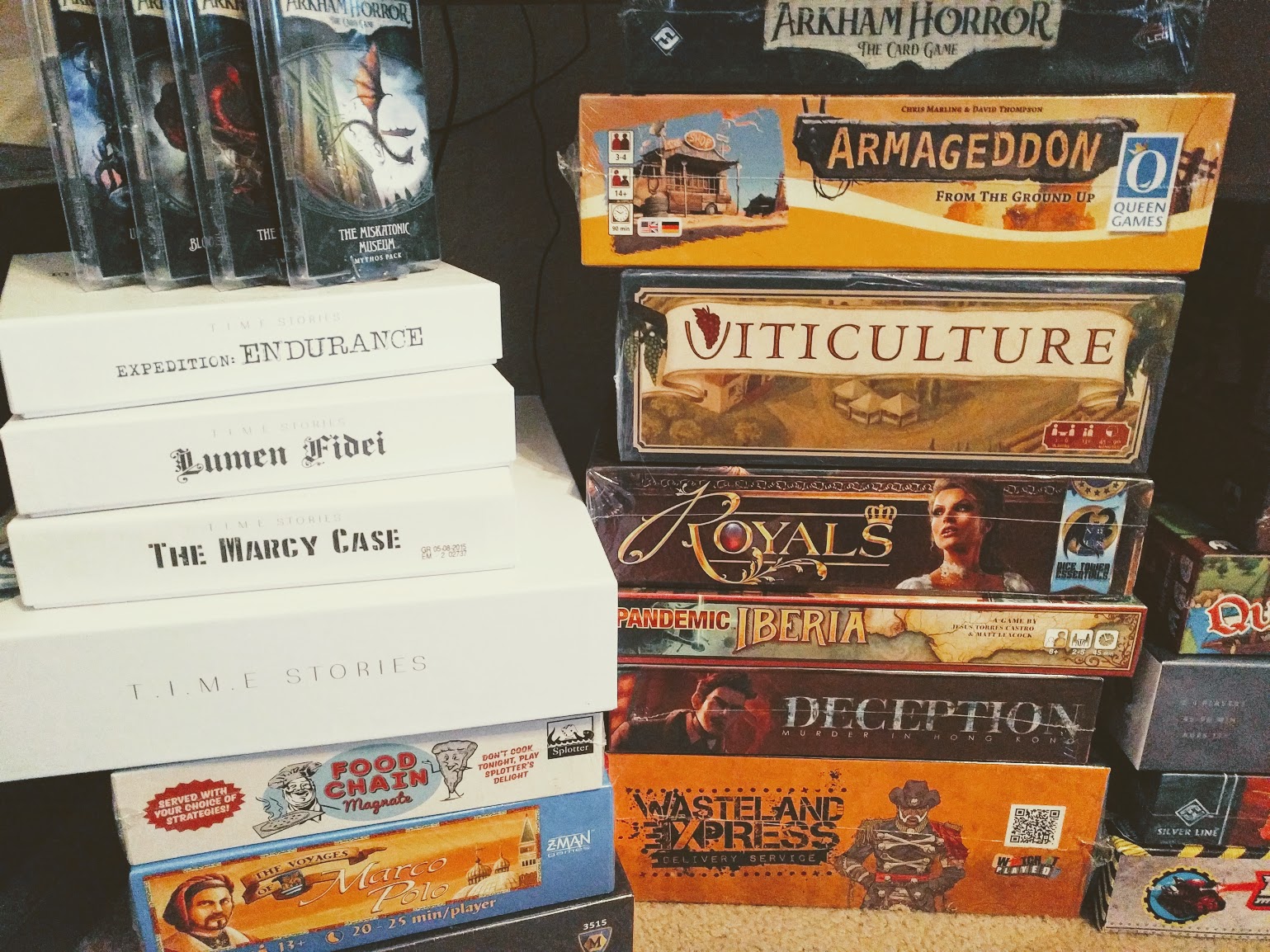 When it comes to a tabletop game collection, quality beats quantity, by necessity!I don't know about you, but my tabletop game collection is growing. In the last six to nine months, it has grown almost 100%. There's just something about acquiring great new games. But it's becoming like my "To Read" list... as the list gets longer, my hope of ever experiencing everything on the list dwindles toward impossible.

We buy games to play games. And we only have so much free time. At some point, there will be conflict. We will have too many games and not enough time.

Imagine you have 52 games in your tabletop game collection. You could play one game each week and experience your entire collection over the course of a year.

I like to play one game multiple times, so I can learn its intricacies and draw out the tactics and strategies to be used to win. To me, tabletop games are puzzles to solve. That's the meta-game of all games.

But if you have 52 games in your collection, and you play one per week, it means you cannot play any of the new "legacy" games, like Charterstone or T.I.M.E. Stories, because they require multiple plays. One of the more popular and beloved legacy games, Pandemic Legacy Season 2, requires at least twelve game sessions, and that's if you get incredibly lucky or are a genius. So, now you play one game 12 times (at least), and then 40 others one time each?

One and done? I don't think so. That's not how one gets the most out of a tabletop game.

So, what are we to do, those of us who love collecting these amazing tabletop experiences?

I'm not sure, yet. I look at my collection and wonder if I'd ever part with any of them. Certainly, if forced to choose, there are some I'd rather keep than others, but I've been relatively picky on what I put on my shelf, so I'd rather keep them all, because I want to play them all. Some for the first time, and others again!

I now have 55 games in my collection. At one per week, I can't even play them all in a year, so I'm thinking I might have to get rid of some. But then I had an epiphany: add a game night.

I was thinking small the whole time! One tabletop game night per week? Don't be ridiculous! Why not add another tabletop session? How about a tabletop game day? There's an entire weekend for it!

So, how big is your library? What do you think the reasonable max limit is? Do you have enough friends for a few gaming groups, or do you need to find more?
Sign-in or Sign-up to Comment!