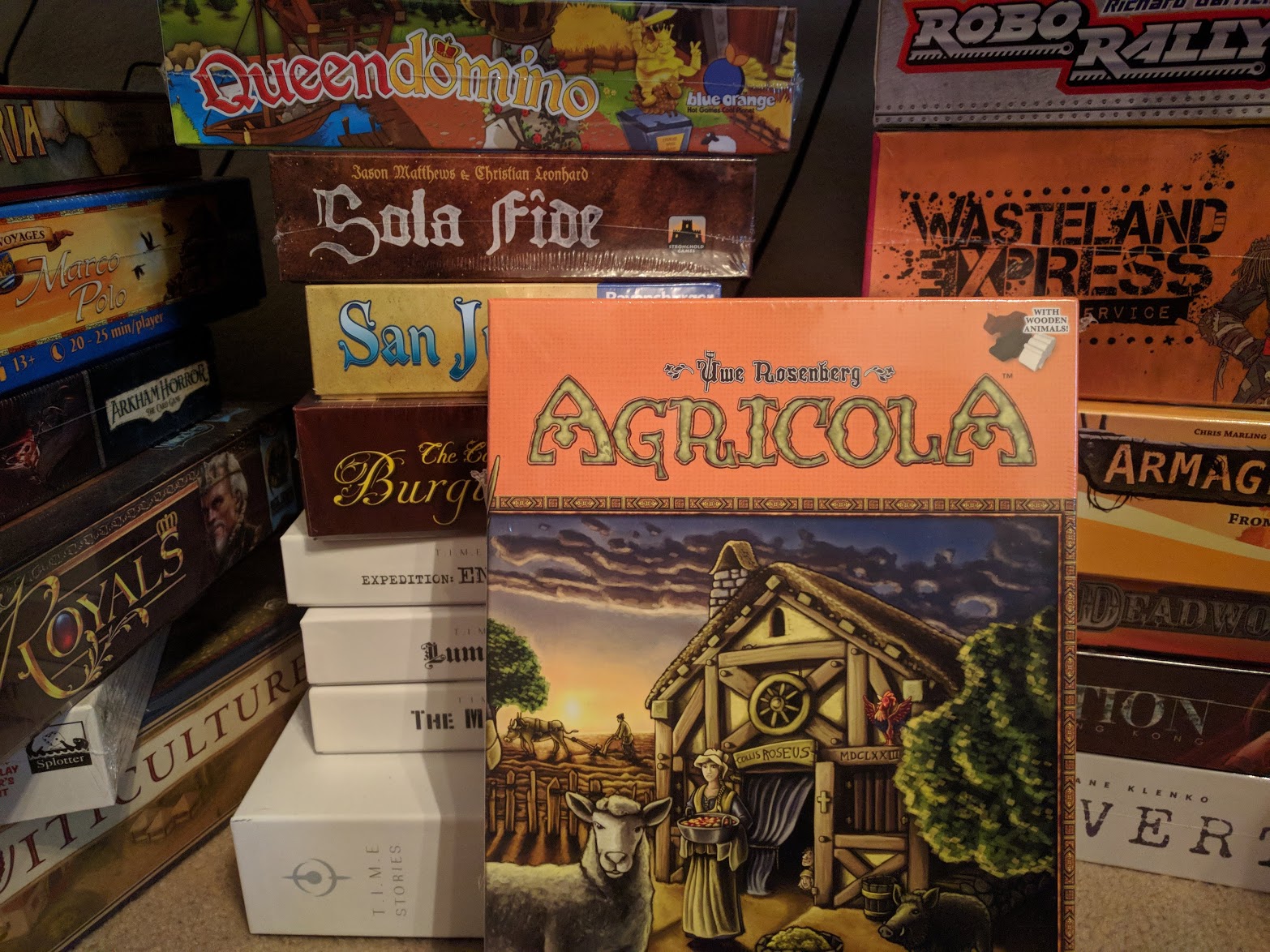 What Makes A Game Make The Top-Ten?

It's a new year, and you know what that means... Top Ten Lists!

I love seeing everybody's top ten tabletop games lists! And, as might be expected, there are some great games out there that made more than a few of those lists. But why should that be the case? There are hundreds (or thousands?) of new games released each year. Certainly, more than a hundred of them should be scattered among all the top ten lists. Alas, there seems to be some repetition.

However, one list was especially engaging to me: the one from Robert Oren. Rob has something to do with MiniatureMarket, and his list was a breath of fresh air. I had not seen any of the games he ranked top-ten on any other top ten list! And the only game I recognized was Too Many Bones. What?! How is that possible? It was like opening a door into a new treasure room! (Another great group of games is from Tom, Zee, and Sam from The Dice Tower.)

I rate games based on a few criteria. High marks in these criteria mean the game is going to be played more because it's enjoyed more. If you have never considered why a particular game is in your top-ten, maybe this will help:


And that's it. Does it engage my brain? Does it play good? Do I enjoy the game mechanics? Is it fun? Of course, choosing a game will depend a lot on the group I'm with. I have a Hard Core group of gamers who enjoy the heavier games, and I have a Gamers Lite group that plays not-so-heavy fare. My top-ten for each group is going to be different.

So, what other criteria are there?

One final top ten list, check out Top 10 Board Games of 2017 by Man Vs Meeple. (I actually saw it while writing this article!) Great production value, with a lot of good commentary about all the games.

The top ten list videos in this article are not necessarily the best ones out there. Search for those yourself, because there are so many to choose from. These are just the ones that stuck out from among the ones I watched. Let me know in the comments or in the forum what top-ten videos you appreciated from 2017.