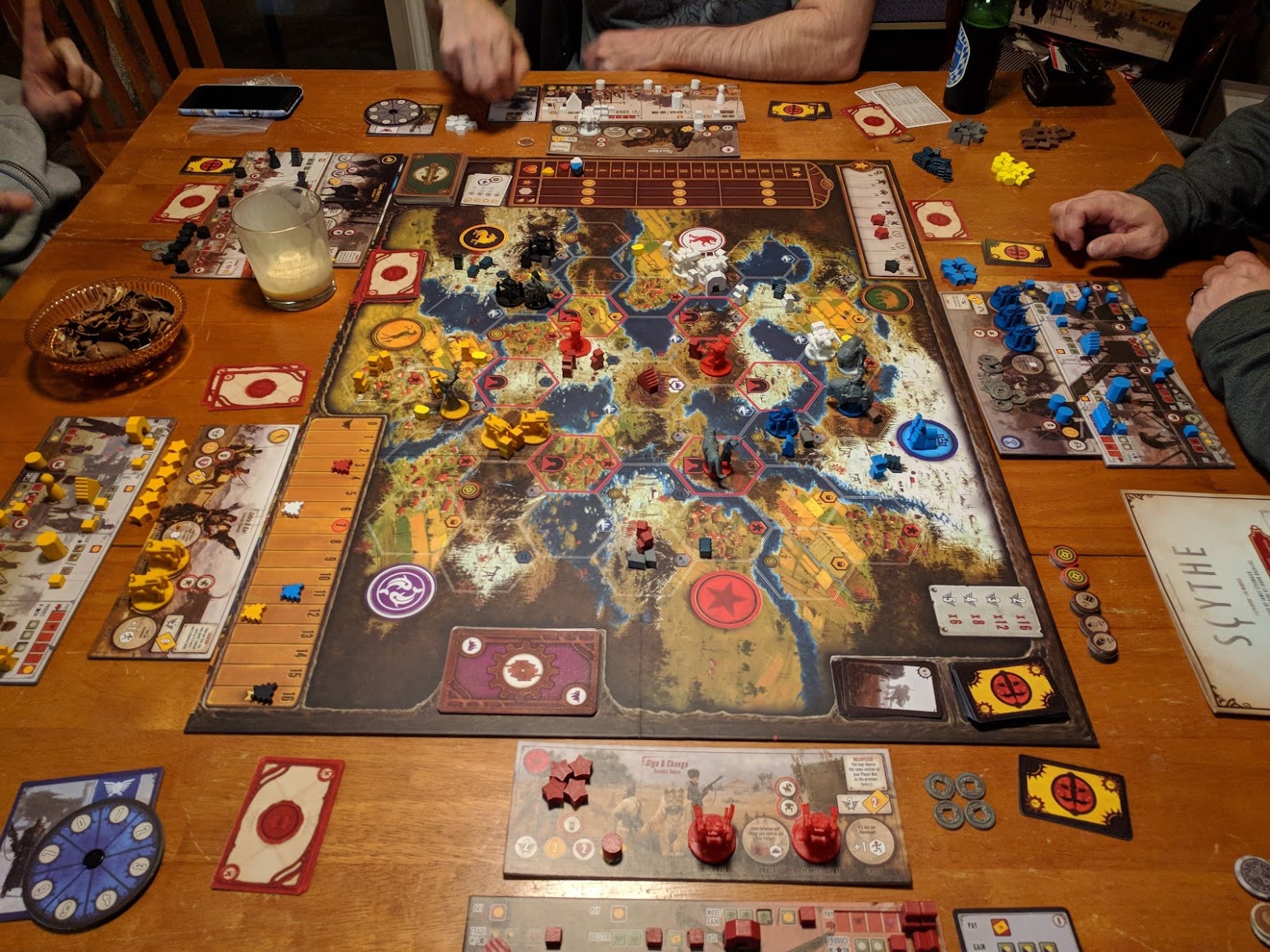 I played my first game of Scythe two nights ago at my brother's house.

This game has gotten a lot of good press and high praise, but, for some reason, I wasn't really jazzed to try it. But, I'm always willing to give a game a chance. He got it from Santa on Christmas, and invited me over to play it a few days later.

The aesthetic of this game is fantastic. The first thing I noticed was the money. Gorgeous and very representative of old-world coinage.

The board is beautiful, if not chaotic at first. You will get to know it, and will be reading it easily within a few turns.

There are several factions in the game, which you can control as a player, and each one has a unique miniature that represents that faction's leader (you). Mine was the bear, and my brother's was the bird. Again, these are finely detailed and very cool.

Sure, it looks great. But how does it play?

We were only able to play a few rounds, due to company arriving for a different game (which I'll talk about in the future, but it involves roving bands of savages). I'm happy to report, despite the few rounds, it seems like it will be a pretty good game! Of course, my definition of "good game" is probably going to be different than yours. I like using my brain in a game, so that means lots of options. It means a variety of tactics and strategies with multiple paths to victory. Two of my favorite mechanisms are random play area and random, asymmetrical player powers. In Scythe, I don't miss the first-- the randomized player units could have you starting from a different space on the board each game-- and this game uses the second.

If you are going to play it, I suggest you watch this very helpful play-through video from JonGetsGames. I always recommend finding a good play-through video that can help teach or supplement your learning of a new game. I even use them to touch-up on games I haven't played in a while. A lot of these videos have high production values, and you usually won't even have to read any rule books, although it's always a good idea to at least browse through the supplied documentation.